Life without travelling can be frustrating, especially for the ones stuck in one place they don’t particularly like, or even despise. But once when that dire existence of doing the same things day after day is changed for better, the sudden surge of new experiences can prove to be too much to handle. This is the theme of Hadi Ghandour's The Traveller, which world-premiered in Tallinn Black Nights' First Feature Competition.

Adnan (Rodrigue Sleiman from Halal Love) is a travel agent who can sweet-talk and impress customers with his wide knowledge of sights around the world, but he has never left his home country of Lebanon himself. His luck is about to change when his boss sends him on a business trip to Paris.

But the vibrant metropolis proves to be too much for the first-time traveller. The conference he is attending is confusing and overwhelming, shown in a montage with increasing speed. Things are not better at his temporary home: he gets in the middle of a generational clash between his cousin Insaf (Aïda Sabra), a traditionally-minded divorcee never adjusted to life abroad, and her daughter Layla (confident Donia Eden), a completely integrated modern Parisienne. His boss pushing him to close a deal, and his wife Souad (Romy Melhem) feeling insecure about him being in Paris doesn’t help either. The only nice and friendly moments are the ones with restaurant owner Jean (Sebastian Bertrand), Lebanese-born, but raised in Paris by his adoptive parents, dreaming of the country he has never seen. But if he went there, he would be probably just as lost as Adnan in Paris. Insaf knows the both worlds and tries to make best of them, but she has never found true happiness in Paris. Layla is the only one feeling comfortable in her own skin.

Writer-director Ghandour is no stranger to multiple identities. Belgian-born, of Lebanese descent, London Film School graduate and well-traveled, he tackles the issue of migrations, integration and cultural clash. Films that put all the chips on these broad themes tend to lose their characters half-way through. This is not the case here. Adnan is not only on a journey towards his dreams, nor to Paris, he is on a life’s journey on which he will learn new things about himself.

The city of Paris as an additional character is not picked by accident: the symbolism of the place is strong, especially for the Lebanese people, for historical and cultural reasons. It is shown as a big, chaotic, modern metropolis without using images of well-known touristic sights. In contrast to early scenes in Lebanon, statically shot from a fixed perspective, the ones set in Paris feature  more noticeable camera movements.

Confidently acted and shot in natural colors, it is a solid debut with its faults, like sometimes simplified characterization, and length of 100 minutes that is a tad too much. But the author had something to say and articulated it in a satisfying way. 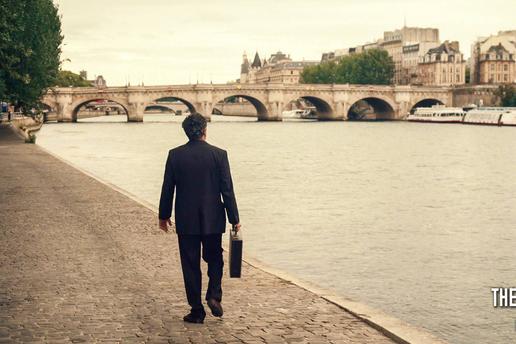 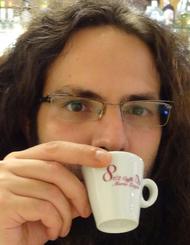 "The Traveller" by Hadi Ghandour (France/Lebanon)