To bring a time period to life within the financial limitations of art house cinema is by no means an easy feat. Werner Herzog’s Aguirre, the Wrath of God and Ben Wheatley’s A Field in England come to mind as those who have ploughed through the thickets and managed to find a creative solution to the constrains. The Mexican Epitaph directed by Ruben Imaz (Cefalópodo) and Yulene Olaizola (Fogo) echoes past solutions, while not managing to develop its own individual voice.

Epitaph tells the story of three Spanish conquistadors who have to face the great Popocatepetl Mountain on their way to the Aztec Capital, Mexico-Tenochtitlan. Driven either by blissful ignorance or astounding bravery, Diego de Ordaz (Xabier Coronado) leads the men on a dangerous quest to a world of myth and superstition. The three of them battle with their fears and some get blinded by illusions of grandeur. Like silhouettes into the fog, the personalities of the trio start to dissolve.

The film raises quite obvious comparisons to Aguirre, but also to Albert Serra’s Birdsong. Ultimately what makes this viewing experience disappointing is that the film doesn’t fully explore the narrative possibilities of its influences – a problem, which lies in the setup of the story. With the well executed, tension building opening shot, in which we also see the mountain – the great antagonist of the film – for the first time, the film promises an epic adventure with a charismatic central figure.

Unfortunately Epitaph doesn’t really go in the direction of the manic and forceful energy of Aguirre nor to the bold narrative choices and risk taking, which makes something like Birdsong exciting. Coronado, making his debut performance, doesn’t really have the charisma or the acting chops to carry the whole film on his shoulders and the dynamic of the main characters is unexplored.

Instead of relying on the psychology of the characters, dramatic tension is build with an eerie score, which suggests the otherworldly spirits residing in the mountain. This however creates a constant anticipation for something that never really arrives. Sweeping and (often too) beautiful camera work and the metallic score work together nicely, but as the Sisyphean journey continues on and on, the threats still remain unclear.

Even though most of the technical and artistic decisions are executed with taste, there are also few choices, which take the viewer out of the naturalist world that the makers have crafted. The unconvincing CGI mountain and simply shaking the camera in order to simulate an earthquake, go against the beautifully natural feel of some of the scenes and slides towards campiness.

The film tries to recreate an epic quest with naturalism, but since the characters and the plot remain fairly two-dimensional, the end result remains thin. In their quest for authenticity and awe, the makers have instead constructed a film, which has as much philosophical or dramatic heft as the thin layer of CGI mountain the characters are fighting with. 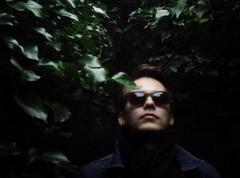