Ukrainian helmer Sergei Loznitsa (In the Fog) continues his journey through the political past of his region and in his latest film The Event, he closely investigates the Soviet Union’s swan song. Loznitsa follows the same observational procedure as he did in his highly praised documentary Maidan (2014). This time, instead of Kiev’s square he goes back to archive footage and focuses on the 1991 Leningrand’s Palace Square demonstrations. Visually The Event could easily be Maidan’s grainy black and white prequel that actually took place – almost – a quarter of a century ago and it is equally interesting both thematically and aesthetically.

A failed coup d’état in the heart of a dying empire can be an excellent premise for one of the most important moments in modern Russian history. On the 19th of August 1991, KGB Chairman Vladimir Kryuchkov along with other Soviet Party members tried to overthrow USSR president Mikhail Gorbachev. It was obvious that Gorbachev’s decisions to reform politically and economically the country through Perestroika and Glasnost weren’t well received by the nomenclature. In three days in August, USSR will live the most important crisis of a 73-year history. This would also mark the beginning of an inevitable end of the Union. Leningrad is experiencing the event in a subtler way than Moscow is, and this creates an intriguing ambiguity.

Loznitsa works superbly with the archive material that he is using, that was actually shot by eight cameramen. He also returns both technically and “physically” to Leningrad after Blockade (2008) where through archive footage he explored the Nazi’s siege of the city. In The Event, the director recreates a preceding model of Maidan demonstrations whereas the people are struggling to understand if the Union still exists and whether Gorbachev is still alive. By constructing a portrait of the demonstrations that took place in Palace Square in August 1991 – the same square that was the gathering point of 1917 October Revolution – Loznitsa literally embraces a dying era seen through the perspective of the now former and quite feared comrades. Scattered images, troubled desperate faces, pompous speeches, church’s irrationalism, political opportunism, fear of fascism, natural crowd’s sound and Bolshoi Ballet performance of Pyotr Tchaikovsky’s Swan Lake compose Soviet Union’s requiem.

The Event is an actual experiment that follows the biggest transformation in modern history. The symbols are now dead and Leningrad is forced to be transformed back to St. Petersburg. The red flag that once united different ethnicities must now be forgotten and replaced by the national three striped flag. Most importantly, everything should and must be forgotten as no one will try to investigate the crimes of an already deceased regime. Is this actually the re-birth of the Russian Democratic Federation or is it just another reform of the Soviet past? Will there be an actual resolution or everything will remain untouched? Are symbols – and their bearers – dead or should we see behind the actual picture? These are some of the questions that actually trouble the gathered crowd in the historical square. The same square that supported the rise of the Soviets now accuses them as deserters.

By carefully selecting and constructing his film, Loznitsa depicts clearly the decay of a country that seemed to be invincible. Leningrad / St. Petersburg is representative of the paranoia that captured everyone. In three days, the square demonstrations that start with a demand of Gorbachev’s “deification” will end up by receiving the blessings of an archbishop. Loznitsa underlines this, that passage from politics to hard-core religion, since it would be more impactful than any coup d’état attempt. The evolution of a failed revolution could easily be a new version that its lineage hasn’t yet stopped as in a key final moment, a KGB member appears in the scene, and that is young Vladimir Putin. Loznitsa makes a clear, powerful and unquestionable political statement and it is more than obvious that his research cannot simply end there. 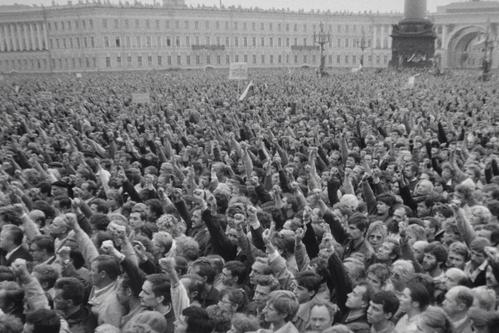 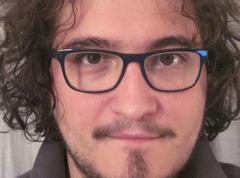