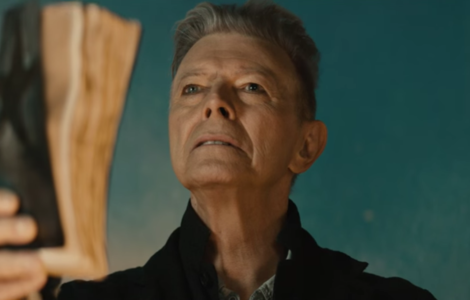 ​Prophets of Our Time​​

Oh my God, what have we seen?! 11 music videos on the subject of fear eating faith, mostly UK, US and Canadian productions. The show was curated by Ann-Katrin Dorner and took place at the Metro Kinokulturhaus, on May 30.

Dropping naivety of institutionalized belief and purity of real faith, the videos deal with religious delusions and fundamental fanatics. Technically, the videos are outstanding, especially in terms of editing, which is what the quality of production of the form predominantly depends on. They all are philosophically rooted in the disillusion and the demystification of God as the most perfect of creatures in all ways, and also the loss of faith of the modern individual. Thus, there are stomach-churning images to be seen – ones that bring us to the other side of the religious good, that is – to the devilish evil.

A perfect example for this would be the video of Florian Pochlatko, the Austrian director who won in the national competition for Best Music Video with the hit Nu Renegade/God of Ghosts, performed by the unconventional American rapper Zebra Katz and Warp Records DJ Leila Arab. The dark-wave sound with and atmosphere somewhere on the line between trip hop and minimalistic dubstep, goes deep into the mind pulling you in and hypnotising you, whether you like the video or not. "We tried to approach faith in two different ways: on one hand, Zebra is a seductive person, a sort of saviour who calls souls to him, but it’s about a false faith. On the other hand, there are people and ghosts inside and around the performers," said Pochlatko.

And David Bowie’s Blackstar concluded the Oh My God day reflection as an explicit example of the mystery of faith, hidden behind the verses and the recreation of an ancient mythical world as the setting populated by us, in our different shapes. Blackstar is cancer, running in his veins, while his mind floats between ritual beliefs, and the most incredible rockstar music has ever known, who himself reached the status of a demi-god, is not lost. He just can’t understand where the edge that people think they’re supposed to rest at can be found. But he still raises the black bible and does what men can do better if they are not manipulated: spirituality or faith, or whatever we call this feeling deep down the inside. A human is falling and rising, and passing away, to become another black star.

After these images, it is hard to imagine faith as an appetizing meal!