VIS Research and Communications officer Diana Mereiou, originally from Romania, has previously worked for the Bucharest International Experimental Film Festival and “Vin’ la Teatru” Theatre Festival in Focsani, and she is a contributing editor for the Romanian culture magazine Film Menu. She is currently finishing up her MA in “Innovation and Organization of Culture and the Arts” at the University of Bologna.

Mereiou spoke to Nisimazine about the special Focus at this year’s VIS: Fear Is Not an Option, consisting of four screenings dealing with themes of freedom, environment, faith and illness.

How did the idea of the programme come up?

It was strongly inspired by the humanitarian crisis that reached a critical point last summer. Our reaction to that was just as horrific as the situation itself, exposing our very real personal and institutional limitations. It was a cacophony of hysterical monologues, uncovering a feeling of intolerance that had been boiling under the surface for quite some time. So how can you address something as sensitive and opaque as people’s emotional reactions to a perceived threat? Not by didactic nor statistic means. You have to appeal to emotions, to stimulate an openness to dialogue, a willingness to empathize.

The programme encourages people to think and talk about different themes but aren’t they too current for having distance to form an opinion?

It’s true that these topics are very present in our day-to-day lives right now and it’s always tricky to talk about things when you’re in the middle of them, because what you’re going through is basically an informational and emotional overload.

However, these topics are as much past as they are present: these are issues that people have been ruminating over and dealing with for a long time. Even so, that’s a link that can be very easily overlooked, the connection of current events to the wider patterns of our problems and reactions, and so I think it’s really worth-while to point out this connection, and maybe in this way gain some – maybe not distance, but perspective. And in my opinion, perspective is much more valuable than an opinion. I’d say that the goal of the programmes is not to form opinions but to create small time frames in which we’re given to possibility to reflect.

Is film as art or aesthetic product fading into the background, when the discussion after the screening is focused on the political content of the film?

I see what you mean and I think it’s a really good point to bring up because it’s something so easy to misinterpret. As you can imagine, the films that will be screened at VIS weren’t selected just because of their political message. If a film is all about hammering an idea into the audience’s brain and nothing else, then it’s propaganda and this is not what this is about.

Indeed, this year’s motto is “Fear Is Not an Option” but that doesn’t take priority over the overarching concept of the festival, which is to look for shorts which are clever, powerful, and challenging both in form and content. Films and film-makers remain in the foreground. So then actually the post-screening discussion puts a lot on the plate to talk about. 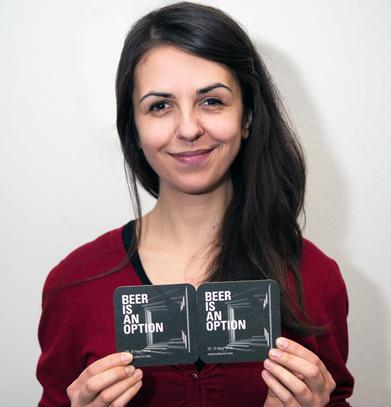 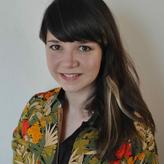 Focus on Focus: Between opinion and propaganda