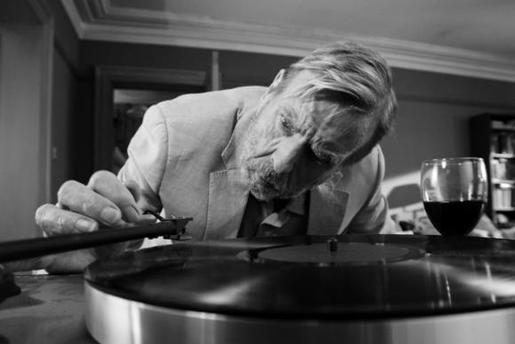 "The Party" by Sally Potter (Suurbritannia)

The Party takes viewers on a short but wild ride through a dinner party gone unhinged.

Sally Potter clearly understands how to start a movie with a bang. Tearing open the door, the infuriated Kristin Scott Thomas holds a gun to someone, madness glistening in her eyes. Welcome to the evening activities of London’s liberal upper class.

Amongst the “dinner from hell” movie classics, The Party takes the spot of “short but amusing”. That is a compliment in every way. Sally Potter’s likely most mainstream movie to date is a delightful raunchy, witty black comedy with razor-sharp dialogue and a gleeful destructive mind. The Party sets its tapered characters up for a collective knock-out only in brief 71 minutes.

Potter unites a terrific cast of UK and US actors, plus an unusually comedic Bruno Ganz. British veteran Kristin Scott Thomas takes the lead as Janet – a politician who has just been appointed a ghost Health Minister in the British Parliament. It is unknown for which party, but as the movie sinks its teeth into faux liberalism soon, helped by Janet’s strong stand for the National Health Service, one can only make assumptions. Not that it matters much. In order to celebrate her success, she and her husband Bill (shockingly peaky and wonderfully apathetic Timothy Spall), invite some close friends to a dinner party at their house.

Guests include an old friend April (incredibly smug Patricia Clarkson), an idealist turned cynic who delivers the sharpest lines; her esoteric weirdo boyfriend, the German life coach Gottfried (Bruno Ganz); Bill’s old university mate, the dour Martha (Cherry Jones); her pregnant partner Jinny (Emily Mortimer),and the fancily dressed, nervous cokehead banker Tom (Cillian Murphy), whose wife is mysteriously late, and who brings a gun to the party. This set-up ensures that the ways for the things to turn for the worst are endless – the party guests won’t even make it to the canapés. When the damage is done, nobody can go back to normal and things will never be the same again.

Potter quickly starts to unveil one secret of the characters after the other. Nobody’s cupboard is empty and everyone will be forced to show their hand at some point. Even though this is supposed to be Janet’s evening, everybody brings along their own baggage – Martha is afraid of her and Jinny moving from being a couple to a collective, Gottfried is having his last supper with April, she is getting exhausted of him in turn, and Bill has been to a private doctor and is set to steal Janet’s thunder with an announcement of his own. The Party’s short duration and the somewhat far-fetched but surprising twist ending forbid us to immerse further into the plot at this time.

Potter confesses that during scriptwriting she was observing how people speak and withhold information when the express themselves. Shining a light onto people’s verbal deflections isn’t her only motive though. The film’s simple style and short running time also serve as antidote to big budget films. The Party feels like it has just stepped off a stage at West End and ended up on the silver screen somehow. It is redolent of a one-act play, the whole story taking place within a single setting – a typical London townhouse where the guests gather in the kitchen or the dining room. It is only fitting that the whole movie was shot on a sound stage in a West London studio, with the actors having three days to rehearse and shooting taking place over two weeks only.

Potter aims to take a shot at at the sanctimonious liberal values, and the self-adulation of the elitist progressive class in the UK. She remembers that the left were losing courage back in 2016 when the film was being shot. Coincidentally, the Brexit vote happened during the filming, triggering the UK’s departure from the European Union. Coming to work, the cast and crew were weeping that day, Potter recalled at press conference in Berlin. Even though the script kept changing during shooting, those current historic events were not included and do not influence the storytelling. Her characters have lost their idealism much earlier, before Brexit was even on the horizon.

The best example of this is April, always quick with words. Congratulating Janet on her new position, she declares democracy is finished, comments on her boyfriend’s antics with the words “tickle an aromatherapist and you’ll find a fascist”, and humours Martha with her straight observation “You’re a first-class lesbian and a second-rate thinker” – all in the same breath. Potter refrains from taking a clear moral position on her subject’s antics and failings, however, leaving them space to unravel on their own. It’s easy to get the feeling that the cast goes along with this quest happily. Everybody’s performance is top-notch and it’s believable when the actors claim that everybody grew close during the production, developing a sense of camaraderie.

The monochrome cinematography of Alexey Rodionov further punctuates the simplicity of the storytelling structure, as the film relies heavily on plot. The black and white framing allows the colourfulness of emotions to manifest better. The audience does not get distracted by too many things happening in the shot, and the brain can be probed to see things in a different way. The characters move in a tiny defined space, mostly symbolically and sometimes even literally ending up on top of each other. The old school feeling of the monochrome visualisation is met with a modern approach to framing, as the camera moves around the room and the cast with ease, not indulging in the static mis-en-scène of pastfilmmaking.

In the end The Party doesn’t overstay it’s welcome as it should be with real-life parties. It doesn’t redefine the genre, the film delivers 71 minutes of witty fun, an air of delighted amusement and a whole set of killer one-liners that prove to be very quotable. A rare find in today’s mainstream movie industry. 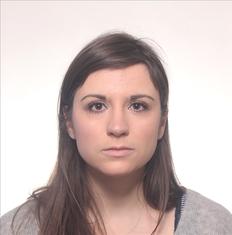