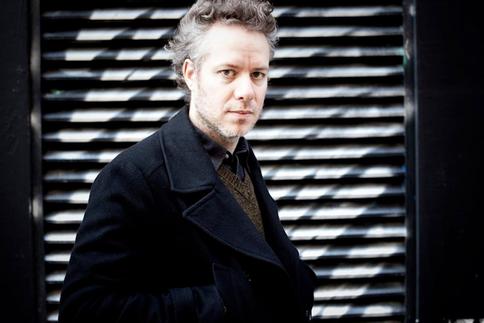 Director of "The Apostate" 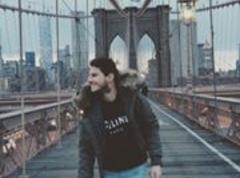 ​Everyday, we have millions of choices to make, but how many of them are unaffected by societal norms or imposed by others?
In his third feature film, Spanish-Uruguayan filmmaker Federico Veiroj, depicts the story of Gonzalo, a young man who decides to apostatise. Humorous, extravagant and smart, the story takes us on a journey through Gonzalo’s life, as he is confronted with his deepest desires and feelings. He needs to face family, friends and society and make a personal choice that might not be life-changing, but is certainly liberating and carries a broader meaning.


Do you have a source of inspiration, or a particular style in filmmaking?
I like many different directors and styles. Buñuel, Tarkovsky, Rossellini, Kurosawa… by watching beautiful films from all these masters I got inspired and decided that this is actually what I want to do myself.

Your character, Gonzalo, seems to be a bit lost but at the same time very determined. Was he inspired by someone you know, or maybe even from a personal experience?
He is actually a bit of both. But above all he’s a contemporary young man and although he might seem a bit lost, I wanted to make noticeable that he is the normal, everyday guy who goes out, has friends, sexual experiences, a job etc. He is totally integrated in society and he loves his mother, his family, he goes to places, he loves music. I think the sense of him being lost is exactly because he has such a full life.

Was Gonzalo’s character challenging to create and explain?
Every single scene was challenge. The actor I worked with is a close friend - he’s a film archivist and had nothing to do with acting before. But I felt that we needed to try and in the end he pulled it out perfectly. The fact that the character comes from a traditional family in a small Spanish town had to be contrasted with his contemporary lifestyle. Making each scene was like gambling; you lose ten, you bet twenty and that’s the excitement of the whole process.

There are plenty of full frontal scenes and Gonzalo has to take part in various sex scenes. Was it comfortable for a first time actor?
We had to do many of these scenes in a row and in the beginning he panicked, but then it wouldn't be possible to make the film look sexy without these scenes. He had to express the same comfort walking around naked as when having a conversation with the priest.

You use traditional Spanish music to dress a rather contemporary film. What’s the connection or the symbolism behind it?
I felt that I need this kind of music to show the exaggeration in Gonzalo’s temper. He’s upset, but empowered by his decision, so the loud ecclesiastic music or the opening song from Federico García Lorca seemed perfect to express the connection with the character’s soul.

Gonzalo is making a very personal choice, but at the same time, the process can be the same for everyone who’s called to take a great decision in their life, no matter the context. Did you thought of what his future might look like, or what his vision is, after apostatising?
I don’t think we were particularly interested in this. I wanted to focus on this particular moment in his life, where he tries to achieve something he was dreaming of for a very long time.
But I am happy that you interpreted the film’s message as more open, not just focusing on that particular action. For the character is of course a personal cause, but everyone’e heritage and background bring them earlier or later in their life face to face with life-changing decisions.

The film is co-production between Spain, France and Uruguay. According to your experience, is Uruguay’s film production emerging or at least changing?
There are very few films done there unfortunately. It is still very expensive compared to Argentina for example. TV and advertising are progressing slowly, but cannot say the same for cinema.