With Khibula by George Ovashvili competing in the main competition and another four titles in the program, Georgian cinema is not to be overlooked at the 52nd Karlovy Vary IFF. We wanted to find out what’s to come, as we met up with the young Georgian director Giorgi Mukhadze. His short film Waiting for Ana offers an understanding of Georgian society, as it seems impossible for a brother and his sister to reunite in such an oppressive society. In the context of his selection for the Future Frames program we took up the chance to ask him about Georgian cinema.

You've been working very actively for several production companies. Was that parallel to film school or your point of entry for film?

Giorgi Mukhadze: I started out with film school and working for several companies as second AD, first AD, casting manager, production assistant at the same time. The main things are happening at shoots. It is the best place to look for experience. I'm not a big fan of film schools, I have to say. We can be directors without film schools.

You also have a connection to television as you've made a short film for a broadcaster.

GM: The last film I made was with a Georgian broadcaster. It was a very good experience but I think I will never make a film for television again. Broadcasters don't seem to think about real quality. In case you want to be an… I don't like this word, but an art-house director, you can't do it on television. You sign up for something and you can't change anything. I don't like it.

And you are working on your feature right now?

GM: Yes, I'm working on a feature. I'm starting to write a screenplay with my screenwriter, she's a friend of mine. We wrote down a synopsis and a treatment and we are starting to develop our project with the producer. I hope we will film it in one year. It is going to be shot in Georgia and will be the story of a young 16-year old boy and his first brush with brutal sexual experiences. The first contact with sexuality is often brutal in Georgia, because we have a very patriarchal and masculine country. Half of Georgian society is very traditional, very orthodox. We have problems because of this. There are too many taboos. Of course, we had very difficult times in Soviet Union and also afterwards. The mentality is changing now but it affected the young generation in a very bad way. I wanted to film what kind of effect this society has on a typical young guy who turns into a monster because of this system, because of society.

Is Georgian culture and society a topic that interests you as a filmmaker?

GM: Yes, the way the culture affects and changes people is something I'm interested in. Waiting for Ana is also about the lack of private space. In the film, the brother and sister can't have a connection because of people intruding from the outside. I want to show an even more intimate situation in my next film.

Georgian films are quite visible in Karlovy Vary with one in the main competition amongst other inclusions in the program. How do you perceive the Georgian cinema at the moment?

GM: First of all, I can say that it is very good that everyone knows Georgian cinema now. The filmmakers that are now here are also doing a good job in my opinion. People know now from which country I come from, and what kind of films we have, but the filmmakers represented at festivals at the moment are mostly not from my generation. I think my generation will be more radical because our problems are not the same. We need more radicalism in Georgia, young energy and more underground cinema without big money. Honest and very radical. We have many problems in Georgia and we have to talk about this.
I don't know if it will happen but I hope so. I have a friend, Lasha Tskvitinidze, who made I am Beso, shown at Sarajevo Film Festival two or three years ago. For me this is a real Georgian young movie. I think this is the future of Georgian movies. It is very intimate with daring topics and I think this is necessary to address these topics. The only way we can break a taboo is to talk about it and show it.

How about women in the Georgian film industry?

GM: The reality of this patriarchal system is that the best films are made by women. I love very much the Georgian documentary director Salome Jashi and Nana Ekvitimishvili's film My Happy Family was also very good at this festival. The best Georgian directors are women.

Do you believe a film can take part in breaking these taboos?

GM: Of course. I believe only this, really. Film is a part of political life, part of social life. A film is not interesting to me if it doesn’t react to society and real problems. The directors who I love have always reacted to politics and life, like Ken Loach and Pasolini.
I don't have big ambitions to break something or change something but I really want to establish my position and if there is going to be one person who will like my films, it will be perfect. 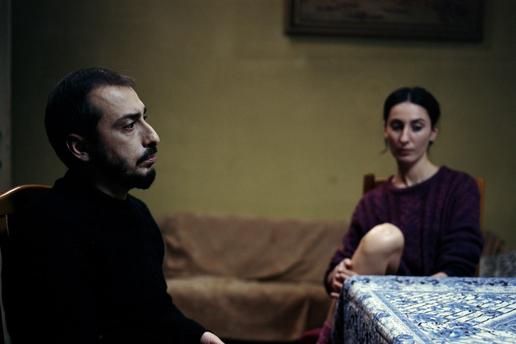 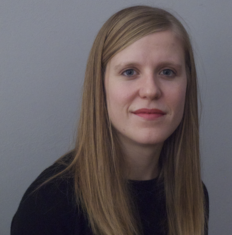