"Together For Ever" ​by Lina Lužytė (Lithuania, Romania) 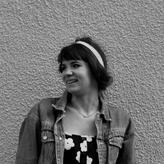 If you expect an enjoyable family film, it’s not this one. Despite the idyllic title, the story is quite gloomy. Together For Ever is an intriguing feature debut by talented Lithuanian director Lina Lužytė.

There are three family members: the married couple and their young daughter. She is a pedantic doctor obsessed about clearness and order in everyday life. They attend organ music concerts and eat healthy, nutritious meals. Only the job of the husband doesn’t suit to the image of a wealthy family with aspirations. He graduated philosophy, but he works as an actor and a stuntman in low-budget films. At first glance, it’s a perfect family. Nonetheless, when we go deeper, we can see that reality appears in darker colours. They are three lonely individuals who don’t know how to share their feelings, fears and emotions. They live together but know almost nothing about each other. They seem like they have forgotten how to show tenderness many years ago. They spin a web of white lies to pretend that everything works well. However, silence is not a good solution. With time, it’s making the situation even worse and the moment of explosion is unavoidable.

Together For Ever is an investigation of loneliness which can happen even when we are surrounded by people. At the same time, it’s a study of the reasons why people decide to be together even if they are not happy. The film talks also about the unfulfilled expectations and disappointments connected with our imagination and hopes. Finally, it brings forward the difficulties associated with expressing our intentions and emotions. Sometimes keeping a distance seems to be an easier solution. But easier doesn’t mean better, usually.

Judging from the subject, we could be worried that this film is a melodrama or a moralizing story. It's none of the two. Thanks to irony used in the narration, the movie paints a credible portrait of a family as a whole and of each of the individuals composing it separately. The film is built with close-ups and long scenes which create an intimate atmosphere and help the viewer to dive into the story. The rock music which the seemingly polite pupil of a prestigious primary school listens to could be surprising but it works very well. At the same time, the amount of subjects and motifs presented in the movie could be confusing. There are introduced, sometimes without further description. Nevertheless, it is a spot-on observation of the games played in our society, especially in higher spheres, and a refreshing contribution to family cinema.