"Those Who Fall Have Wings" by Peter Brunner (Austria) 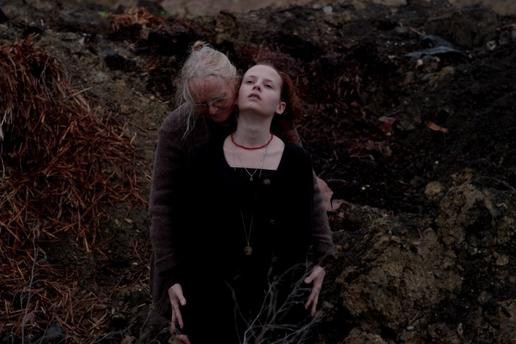 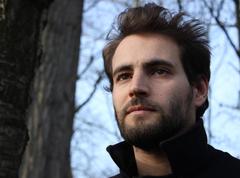 Austrian cinema is riding high in this year's edition of the Karlovy Vary Film Festival, with nine titles on the bill, which include Karl Markovics´s tragicomedy Superworld and Patrick Vollrath's short film Everything Will Be Ok. The official feature competition is no exception, with Peter Brunner's second film, Those Who Fall Have Wings, causing somewhat of a sensation.

This moody take on mortality introduces us to Kati (Jana McKinnon), an hyper sensitive young girl who maintains a strong connection with her grandmother (Renate Hild), whom she visits regurlarly alongside her younger sister, Pia (Pia Dolezal). Quickly it becames apparent that something is causing much distress in the protagonist's spirit, who seems heavily shaken by a recent death of a close one. Her battle with the sorrow that has taken over her manifests itself throughout, both in the perpetual state of sadness as well as in the physical form of asthma attacks.

Narratively speaking, Those Who Fall Have Wings is perhaps not particularly distinguishable, with a very reduced amount of underdeveloped characters on display and a thin plot that is both simple and confusing, and perhaps, even slightly overstretched.

Let this not be misleading though, as Brenner's approach seems to be much more preoccupied with the form, preferring instead to focus on ambience building and a somewhat bizarre imaginary, which is accomplished with a certain degree of brilliance.  In fact, the film´s greatest triumph is exactly in the way it assembles an atmosphere of discomfort throughout the film, forcing the audience to share much of the agony and melancholy which Kati seems so afflicted by.

This is particularly effective thanks to an impressive and mature performance by Jana McKinnon. Despite her young age she reveals herself as an intuitive actress capable of conveying much emotion with simple postures, making it impossible not to identify with her character and be fully absorbed by her plight and state of mind.

In addition to this, Those Who Fall Have Wings stands out for many of its technical virtuosities. The use of sound is of significant relevance, with a never ceasing wind maintaining a floating aura that lead us into an unstoppable yet soothing emotional state. The change of visual styles is also worth a mention, fluctuating between gorgeously shot sequences and occasional homemade footage that slowly reveal the real nature of the story. Even more remarkable are the scenes where a mysterious black shape moves around the grandmother´s house, as if a dark entity is roaming around Kati's voyage of acceptance, offering the film an intriguing artistic quality.

Despite the fact that the film does not provide much insight into the subject matter, death and the pain left behind, Brenner achieved a highly personal and sensorial experience that may not be for the faint hearted, but will surely be powerful enough to raise a few eyebrows and create much expectations towards what the young Austrian will do next.