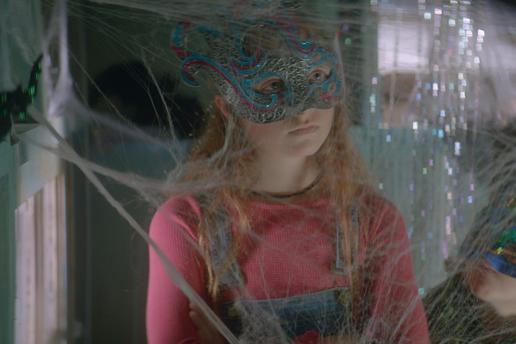 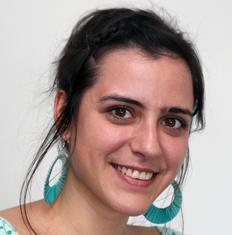 The internet search „Our little secret“ gives you all sort of references, from fan fiction videos to nasty blogs. One that Google has not spotted yet, is a new film by a director Yuri Zeltser. A quasi-fairy-tale narrated with a pinch of magical realism, childish fantasies and bottomless hope for happy ending. It had a world premiere at Tallinn Black Nights Film Festival in a programme section Panorama.

A farm away from a dusty town guarded by an old wind wheel, black dog and horses. We are somewhere in countryside, probably in America, but nothing is specified yet. Not even the time period. So, once upon a time in a house with a porch lived two little sisters. The older Nellie (Alexis Rosinsky) and younger Monkey (Lexy Kolker). Playing, teasing each other, living in fantasies from book stories. Their life is untouched by the dreadful world outside. The girls are protected as if they were in a snowball, but some events are on the way to shake it. Their mother Angela had to leave them for two days. She needed to go to New York to meet their father, a husband who walked out on them years ago. It was her only chance to get some explanation and some money to provide a proper home for her children. Meanwhile the girls were left to stay with an odd woman named Toni (Angela Bettis) who lived in a caravan in the backyard of the farm. A bad witch is how Nellie and Monkey imagined her. Angela assured them that mom would be back sooner than they can blink. But then 9/11 happened. And a strange man began hiding at the farm...

Our Little Secret could easily be a stereotypical drama that exploits the thrills connected to the topic of terrorism – repetitive and contrived. Luckily for viewers, Yuri Zeltser approached the topic with a creativity and sparkle. Yes, you are reading correctly. There is a lot of sparkle.

The film combines elements from different fairy tales. The mood is set already in the first takes and the style of storytelling becomes evident. Orange-coloured images, feathers flying from a torn pillow, the girls reading a book secretly, with a torch under the duvet. Everything evokes a sense of home, the kind where the characters from fairy tales begin their adventure. It is pleasantly familiar and filled with warmth. Later, when the story develops, the mood of the scenes changes too. The idea of a fairy-tale is further underlined by the distinctive characters, for example a modern witch smoking pot and drinking until passing out. Fortunately we are saved from boredom, because the characters evolve and reveal other aspects of themselves as the story moves forward – some even from the opposite end of the character spectrum. A bad witch can turn into a good one, trying to bring Dorothy back home. Let’s add precisely designed sets, costumes and even music, for example from Swan Lake or The Nutcracker. Sometimes, all those elements collide and become too much, the fairy-tale too obvious (for example the wannabe Cinderella story riffing on the clock striking midnight when all masks go down), but the film as a whole can carry it. Some moments could use more narrative logic – the random appearance of the cops at the scene,for instance – but that is also acceptable.

We have to appreciate the trio of main actresses. Audience’s heart is going to be stolen by Lexy Kolkerin the role of a very mature little girl Monkey. Her interaction with Alexis Rosinsky playing Nellie has no weak points and it is pleasure to watch their bond, even if it’s not always that friendly (in a funny scene they forget to feed horses for one day and think they are going to die). Angela Bettis’ Toni, whose appearance, covert voice and drunk gestures would imply that she is a negative character, can unobtrusively bring some softness and kindness to the fold.

The director and screenwriter Yuri Zeltserwas oscillating among thrillers and mysterious dramas of average quality. Our Little Secret, his “comeback” film, transcends his previous work as a unique capturing of a fragile world on the edge of reality and fantasy – seen through the eyes of children. Very impressive for a man 55 years of age, no offence. Our Little Secret is a story that hugs you. I heard a festival photographer say that she loves good films with happy endings. It made me think if happy ending has to be explicitly happy or conclusive. This film seems to imply it doesn’t need to be any of it, but it can feel like it.