Alba August is one of the most intriguing young voices in Scandinavia’s acting world. Her famous family name aside, Alba followed her own path, building a strong artistic foundation through her studies at the Drama School in Copenhagen. Her career was launched with roles in the TV show Jordskott as well as the feature films Irl by Erik Leijonborg, Pernille August’s Den Allvarsamma Leken and Reliance by William Olsson, where she had a leading role. Most recently, she took the leas in Becoming Astrid by Pernille Fischer Christensen and the TV show The Rain, the first original Danish series for Netflix.

Now one of the 2018 European Shooting Stars, Tara Karajica caught up with her at this year’s Berlin International Film Festival.

Your parents are famous. How do you relate to that? How has that influenced your career?

Alba August: Well, they work in film as well – acting and directing. It's really, really nice to be able to talk about work with your family and exchange experiences, call each other if you have questions. We see each other a lot at work too.

How was it to work with your mother (Pernille August) on A Serious Game and Pernille Fisher Christensen on Becoming Astrid?

A.A.: To work with Pernille Fisher Christensen, was just amazing. I think we were so lucky that our teamwork went so well; it was so natural for us to do a story together and I think we have the same ambition for the film and in terms of creativity, we have the same thoughts. When we were talking about this project, we were always thinking the same thing and we kind of developed a language. She could just look at me or say one word and I would know what she was thinking. We almost have our own artistic language. My mother is an actress as well and that can be a good thing, because then you know the actor's work better. I hope I get the chance to work with her again. She is a really talented director and she has interesting ideas and is really empathetic. She is an interesting human being and I am excited to follow her stories.

Were you able to separate work and family? Was it difficult?

A.A.: We only tried it for a very short time and that was the reason – we were totally professional. I really enjoyed it.

You wanted to follow you own path with a strong artistic foundation. Do you agree with this? What it suggests is that you are a strong woman. Do you think your characters are like this, do you choose your characters according to this?

How do you feel about your character in Becoming Astrid? Do you think she is a strong woman, a strong character?

A.A.: Well, of course, she went through a lot during the period that is portrayed in the film, which takes place in her younger years. Before this film, she was an idol to me, a hero, and I didn't know about this backstory. But, when I heard about this, I had even more respect for her than before. She had to take so much responsibility and she had to be so brave to be able to go through what she went through. I have such respect for her.

Sweden is spearheading the fight for gender equality in the film industry. How do you see yourself within it? Can you compare the situation with Denmark?

A.A.: First of all, I feel very lucky to be in a country that is that developed in the gender aspect, especially as a young female actress. In some things Sweden is more developed than Denmark and vice versa. It's important to tell stories about women and that's what we're doing with Becoming Astrid and that's why I think this film is so important.

How do you feel about Shooting Stars and where do you think it will lead you? Becoming Astrid is also screening here, so it’s a big year for you.

A.A.: What I enjoy the most here is actually to be together with the other Shooting Stars because we have had so many interesting discussions about acting and the film industry.

What are your next projects?

A.A.: The TV show called The Rain for Netflix.

This interview was conducted in collaboration with Fade to Her. 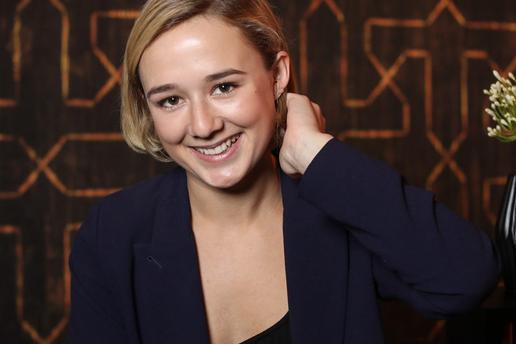 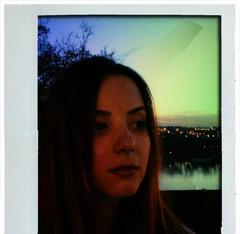 “My dream is to play as different characters as possible”​